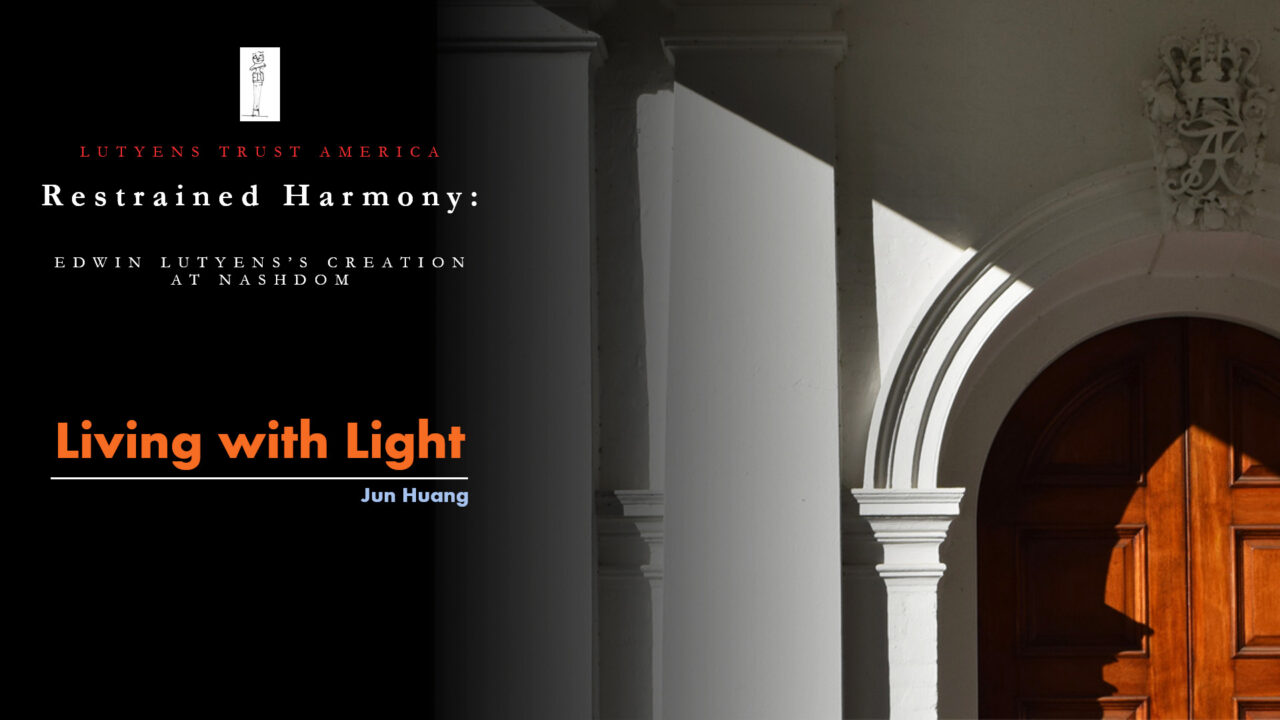 This series of webinars, produced by The Lutyens Trust America in collaboration with The Lutyens Trust (UK), aim to educate both their members and the public on various topics on Lutyens’s life, works and his relevance today.

“As one of the most important British Architects in history, Edwin Lutyens was a design genius with profound influence on architects and designers in Europe and beyond, including modern masters such as Frank Lloyd Wright and Le Corbusier. His work displays a remarkable synthesis of function and artistry, and his brilliance was to breathe new life into traditional forms and themes. A century later, it is important for contemporary audiences to revisit his work and learn from his approach.”

Jun says, “I am delighted to be able to support the work of the two Lutyens Trusts by sharing my perspectives on Lutyens’s creation through my study on his work as well as years of living experience in one of the major buildings he designed. I do hope my reinterpretation can encourage architects, designers and broader audiences to reflect on Lutyens’s legacy and help shape their directions forward. “