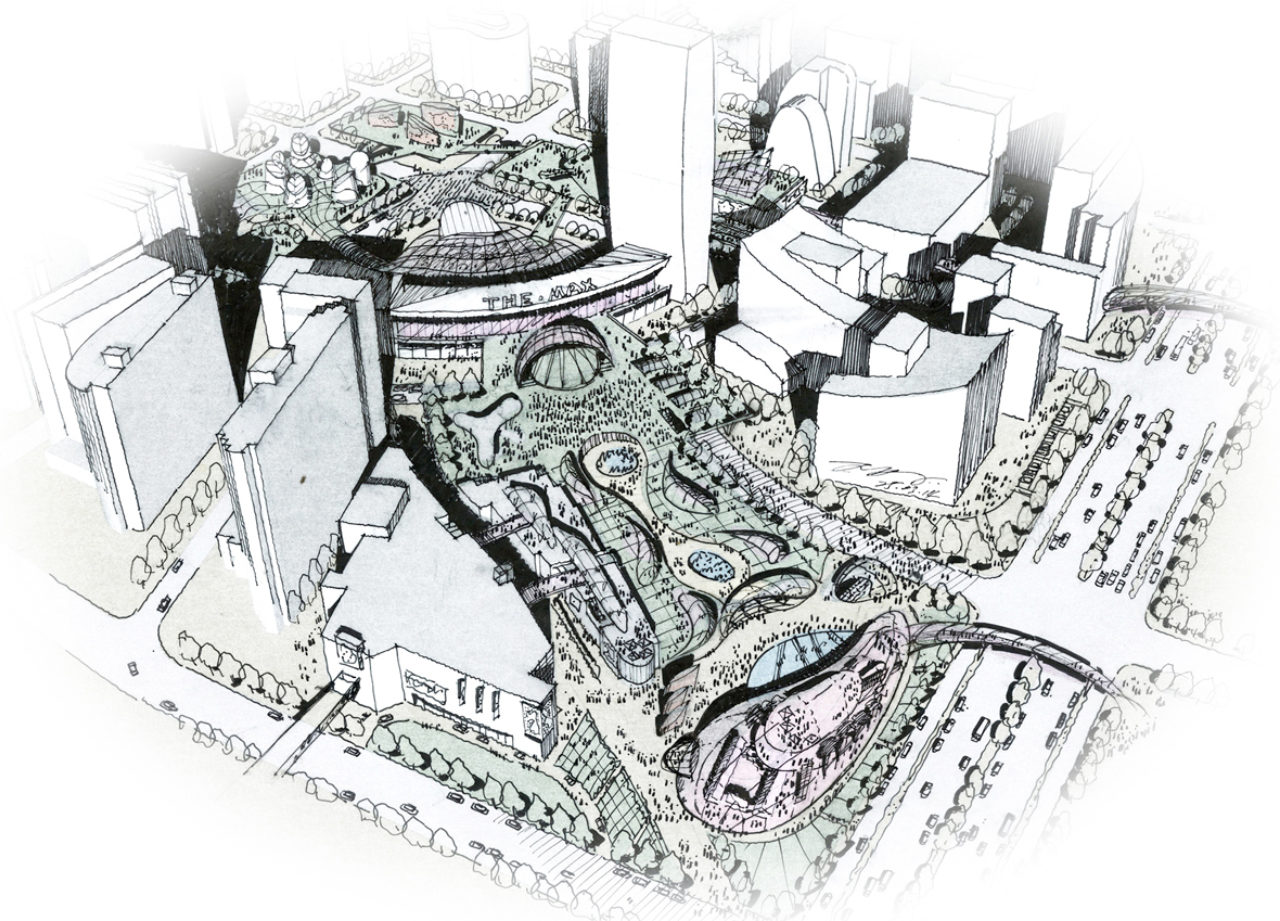 Wei Yang & Partners has been appointed as the master planner and concept architect of the ambitious Times Plaza project in Beijing. The win comes out of an invited competition involving 35 leading architectural practices worldwide.

“Times Plaza” is the new name for the redevelopment of the core area of Zhongguancun high-tech zone, which was built as “China’s Silicon Valley” in the 1990’s. Located in the north west corner of the Beijing city centre, on the axis between the Forbidden City and the Summer Palace, this project is vital to stimulate the region that is rich in cultural heritage ad houses 80 universities, nearly half a million students and one million high-tech & finance related employment. The 250,000 sqm scheme will bring together retail, culture, art, high-tech exhibition and entertainment venues to create a new exciting hub for Beijing and a mixed-use benchmark for China.

“The team is thrilled to be chosen to help create a world class destination in this prime location in Beijing, which is truly rewarding. The win does not only come from our comprehensive skills on positioning, masterplanning, urban design, as well as architectural and retail design, but more importantly, our vision and the ability to harmonise the international trend and local value”, commented by Jun Huang , WYP’s Design Partner and project director.