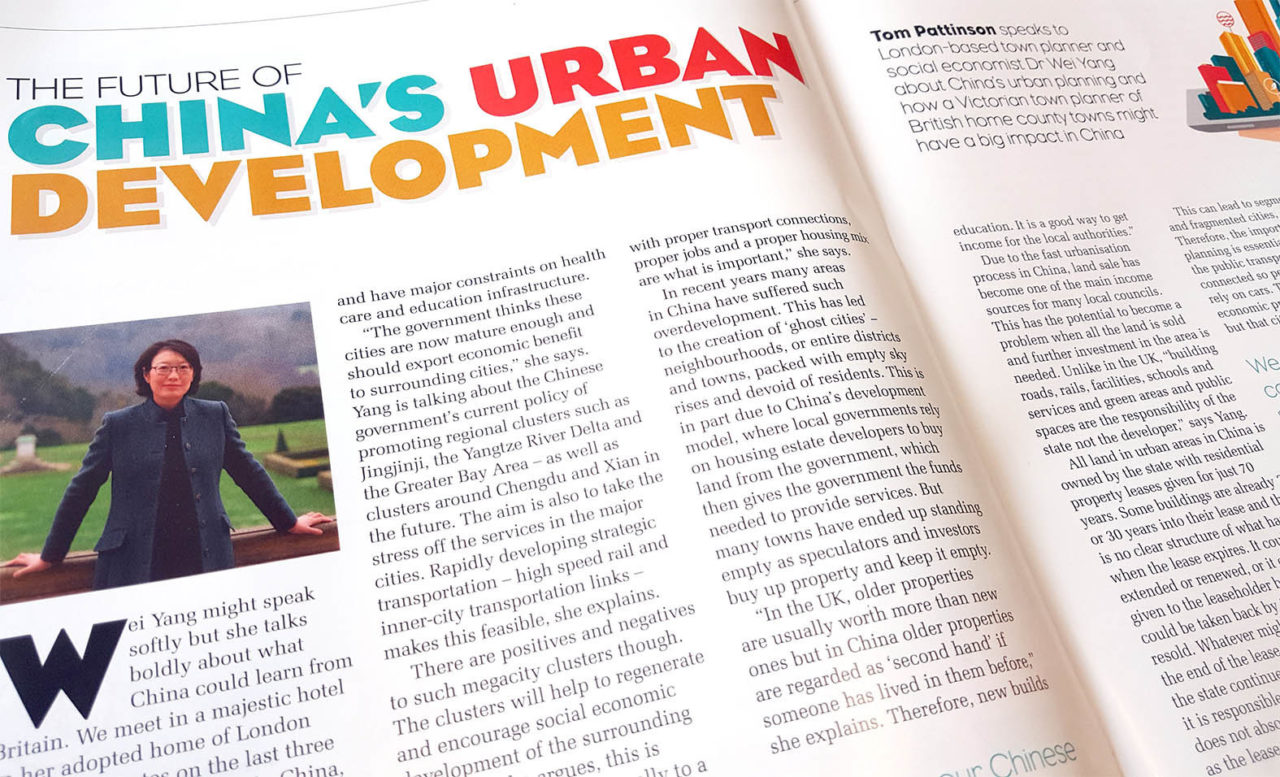 The article highlights Dr Wei Yang’s argument that the principles of garden cities are still very relevant today, not only in the UK, but also internationally.

The article reviews some of Wei Yang & Partners’ award-winning researches and projects, including the 2014 Wolfson Economics Prize Finalist Award for the New Garden City in Britain, as well as 2019 RTPI International Award for Planning Excellence Commendation, the Jinjiang Dream Town Development Plan in China.

Pattinson concluded at the end of the article:

‘Yang clearly has a passion for preserving traditional culture by regenerating old towns, but it is her desire for a strong land reform policy that will help change the mindset of a nation.

And it may well be a Victorian town planner has a lot more influence on the urban world a century on, than he did in his own lifetime.’

The article can be read through the link: