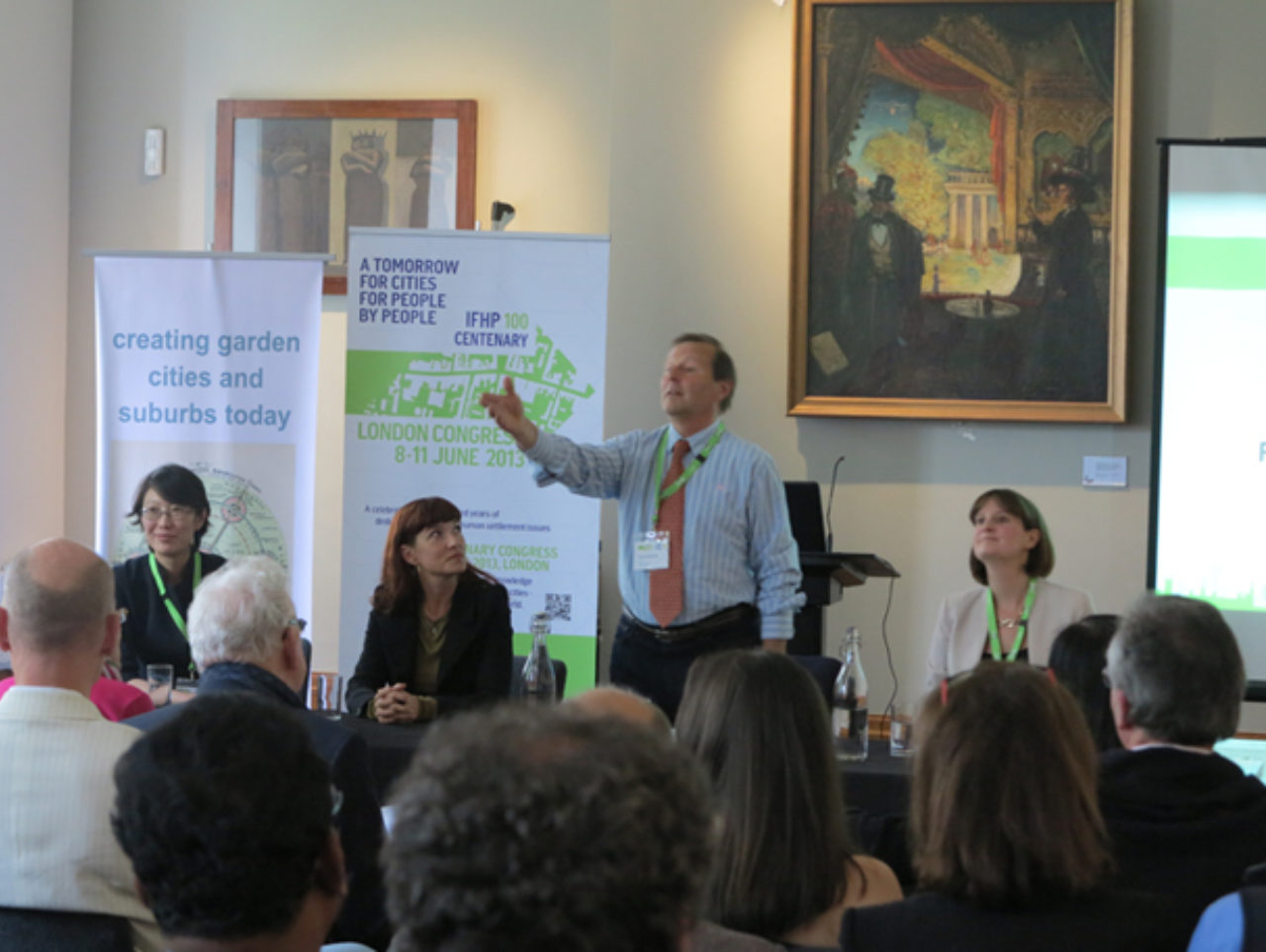 The Centenary Congress was co-organised by the TCPA and IFHP, and attracted more than 600 delegations from across the globe. The congress provided a springboard for the future of the IFHP and contributed to the programmes which the IFHP would tackle in the coming century.

From a strategic and long-term sustainable development point of view, Dr Wei Yang’s presentation discussed the vision of China’s new-type urbanisation, and proposed the concept and methodology of masterplanning 21st Century Garden Cities in China.

Dr Wei Yang discussed in detail that why the Garden City should focus primarily on PEOPLE’s social need. To implement the vision of creating sustainable and liveable 21st century garden city in China, she also discussed the mechanisms and strategies of minimising the resource and welfare differences between urban and rural areas, establishing a positive relationship between human and natural environment, and building an integrated urban-rural development model, etc.

During the Congress, Dr Wei Yang was also interviewed to give her thoughts on:

- The major challenges that cities will face in the next century

- To what extent cities can be agents of change where governments lag, for example, on climate change

PLEASE CLICK THE LINK BELOW TO LISTEN TO THE VIDEO: