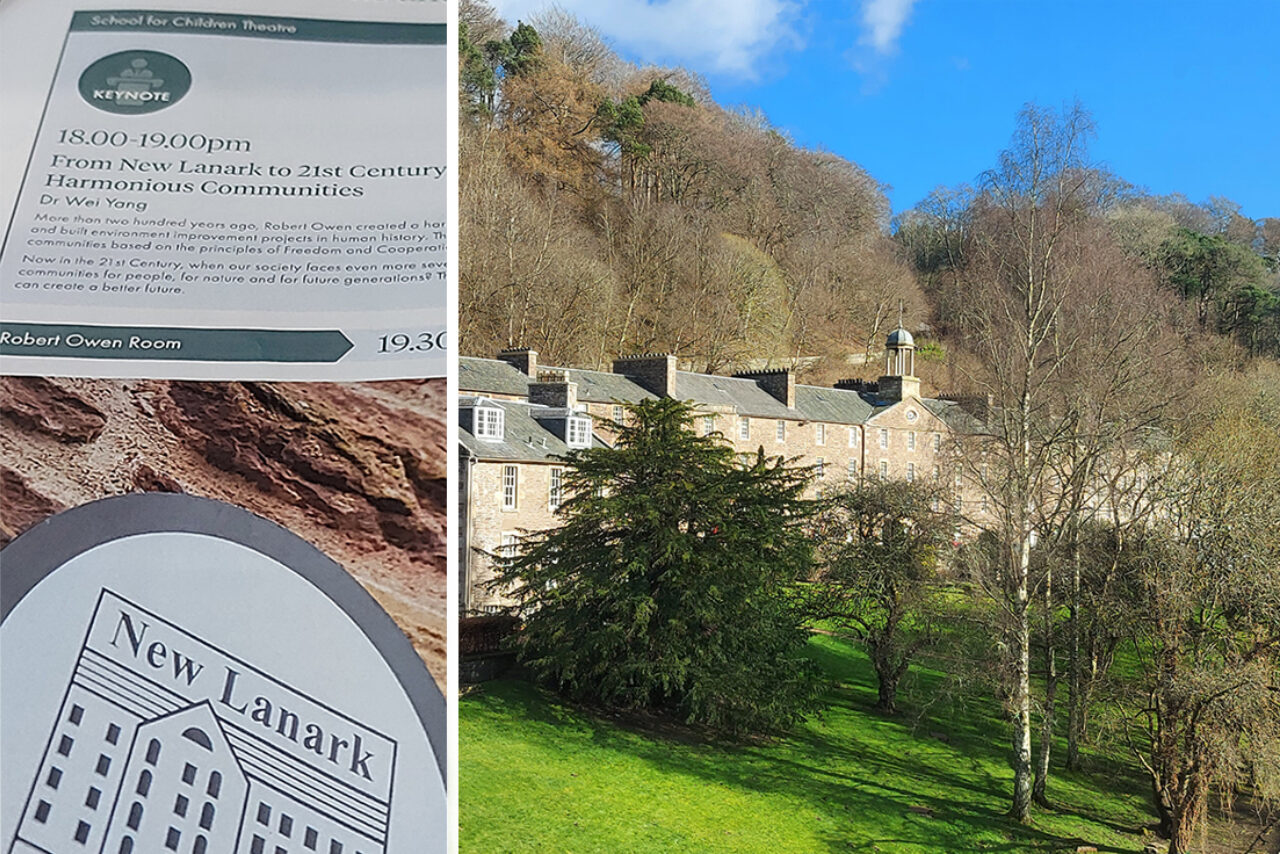 Today Dr Yang delivered a keynote speech at A living Legacy - From Robert Owen to World Heritage and Beyond conference in New Lanark.

The anniversary conference is organised by New Lanark Trust to mark three important milestones - the 250th anniversary of the birth of Robert Owen, the 20th anniversary of UNESCO World Heritage Site inscription, and the completion of the restoration of the former millworkers’ housing in the village. The conference speakers come from across the globe and from a broad range of disciplines, but are united in their celebration of New Lanark’s legacies of social reform, heritage-led regeneration, and World Heritage.

After giving her Keynote speech titled From New Lanark to 21st Century Garden Cities - The Secret of Creating Harmonious Communities, Dr Yang said: "It was my great honour to give a keynote speech at New Lanark to celebrate the 250th anniversary of the birth of Robert Owen.

"Owen was such a visionary, kind, creative and selfless person. We owe him a great deal. More than two hundred years ago, he pioneered the principle that healthy living environment and a responsible community can create peace and happiness. He created a harmonious community in New Lanark - one of the most imaginative social reform and built environment improvement projects in human history.

"It’s my great pleasure to join the world leading experts at New Lanark to remember Owen, to celebrate his achievements, and to exchange ideas on how we can carry force his vision to create harmonious communities in the 21st Century. Thank you New Lanark Trust for organising such an excellent conference."